U.S. CBP Complies with Federal Mandates to Freeze the Footprint

Following the US Government’s 2013 “Freeze the Footprint” mandate requiring federal agencies to maintain or reduce leased square footage, the Department of Customs and Border Protection (CBP) launched an extensive hoteling program that saved millions of dollars in rent and other costs, while boosting productivity among employees.

Of the nearly 14,000 square feet and 83 individual workstations on two floors, the Department of Customs and Border Protection (CBP) had limited collaborative space, assigned seating and over 200 feet of “usable space” per person. Successfully meeting the guidelines of the “Freeze the Footprint” mandate to eliminate wasted desks, cubicles and offices would require a radical change.

CBP launched an ambitious project that consolidated two floors into one, smaller, 8,700 square-foot floor with just 27 desks. The space contains a mix of offices and collaborative workspaces that support a mix of work styles by employees who are encouraged to work at home two days a week. CBP utilized AgilQuest’s OnBoard Workplace Reservation software to study the needs of the staff by collecting usage data as employees reserved spaces.

After a first-phase space reduction of 5,300 square feet, CBP generated an annual rent savings of $287,000, 98% of employees reported that communication and collaboration improved, and the department reported a 102% increase in worker productivity. The success of phase one funded an even more ambitious second phase in which seven floors in three buildings containing 550 employees coalesced into three floors in one building. Phase two resulted in a 46% reduction in square footage and a savings of $3.3 million per year in rent and operational costs. 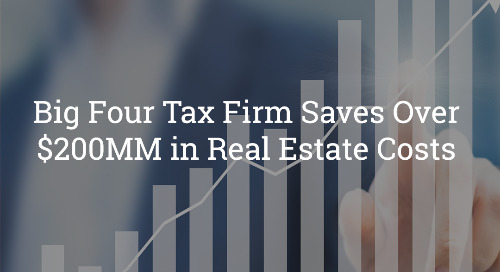 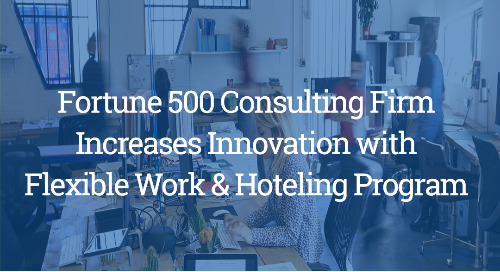 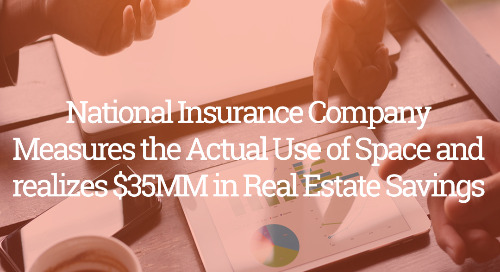 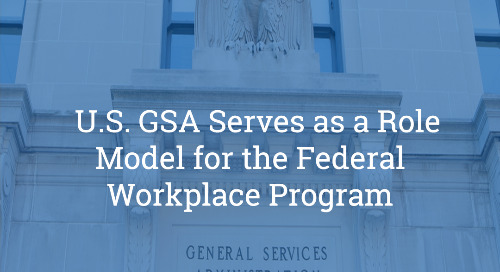 U.S. GSA Serves as a Role Model for the Federal Workplace
Read Article 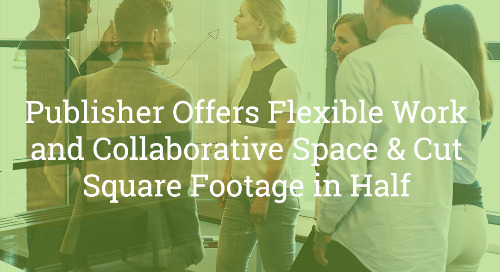 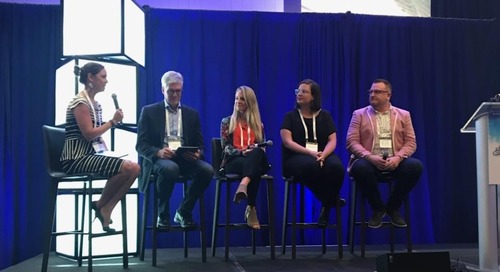 The Future Office – Shiny Metal Objects in an age of Culture

The future workplace is no longer about space and technology, but rather how to foster employee happiness by integrating culture and individual choice. 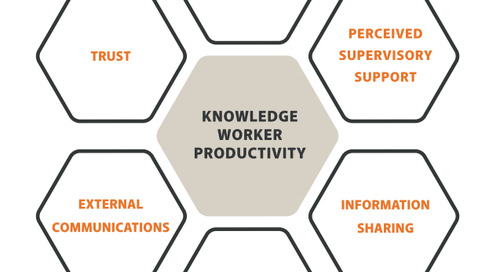 Who Says You Can't Measure Productivity?

What I learned at Workplace Trends Conference that Changed My Mind 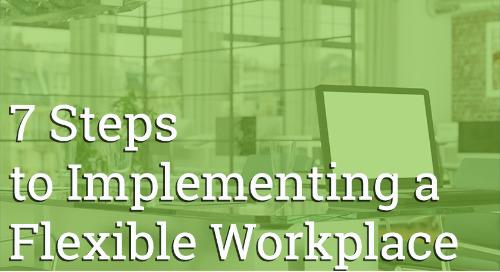 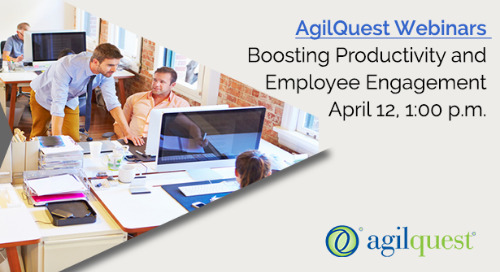 Sven Govaars and Dean Strombom will discuss how giving employees choices of where to perform their work, they become more productive, more engaged in their work and generally happier with their job. 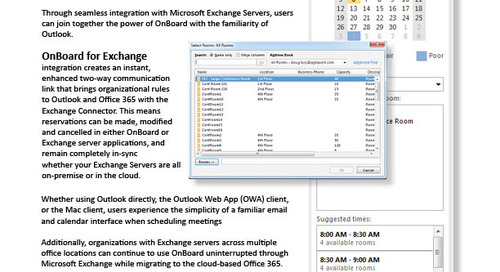 Make meeting room bookings in Outlook with the only seamless, two-way integration with Microsoft Exchange. 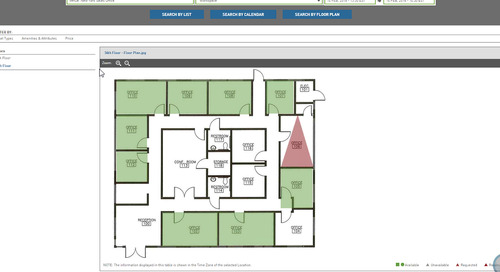 Enhancements to the Agilquest Forum promise to simplify use and increase user adoption. 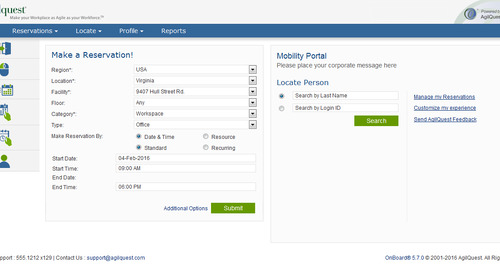 Enhanced Security and Performance with OnBoard 6.0 Release

OnBoard 6.0, now running on the new WildFly 11, release includes updates to performance, security, calendaring and hardware. 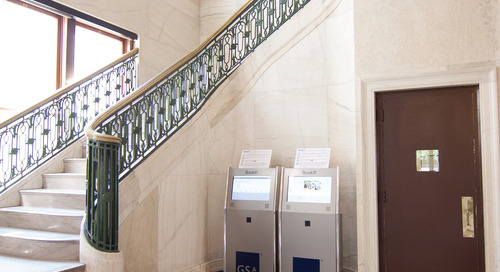 Less than half of the Washington DC area employees of GSA show up to work in the newly renovated headquarters… and that means their new workplace transformation program is going better than expected. 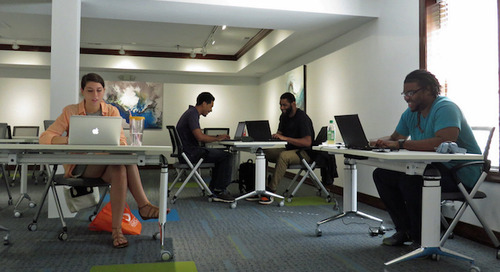 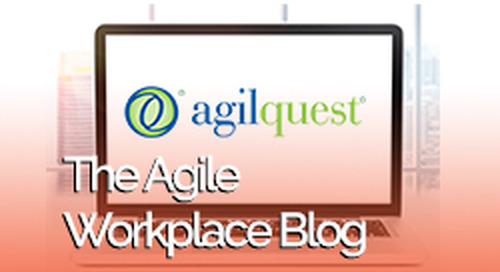 The latest version, OnBoard 5.7 builds on that promise with new features and upgrades that make this the most reliable, secure and easy-to-use version to date. 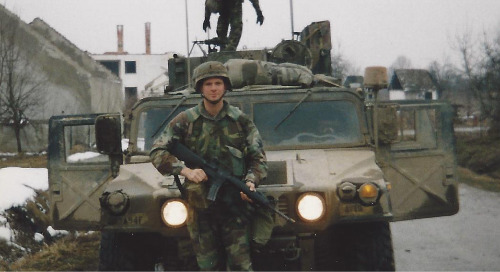 Thank you to our Veterans!

AgilQuest is proud to be Veteran Owned and have several veterans on our team! Here is a look at their service.

The newly revitalized Commander BI 3.1 gives you a clear, daily snapshot of your utilization and presents that data with a wide range of customizable widgets.

Read Article
Are Your Workplace Decisions Driven by Toxic Data?

AgilQuest's software solutions and trusted analytics give your organization the dependable insight to making workplace and real estate decisions. 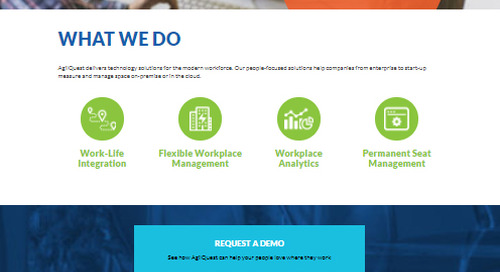 The New Look of AgilQuest

AgilQuest launches a new website with an updated look and better access to our products and solutions!